Lessons on Success and Deliberate Practice / B2 + PDF 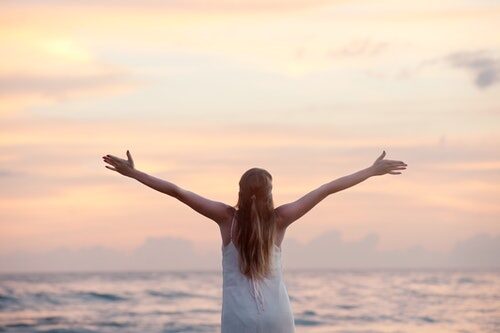 2) __________________, Hayes developed a list of 500 pieces that were played frequently by symphonies around the world and were considered to be the “masterworks” in the field. These 500 popular pieces were created by a total of 76 composers.

Next, Hayes mapped out the timeline of each composer’s career and calculated how long they had been working before they created their popular works. What he discovered was that virtually every single “masterwork” was written after year ten of the composer’s career. (Out of 500 pieces there were only three exceptions, which were written in years eight and nine.)

Not a single person produced incredible work without putting in a decade of practice first. Even a genius like Mozart had to work for at least ten years before he produced something that became popular. Professor Hayes began to refer to this period, which was filled with hard work and little recognition, as the “ten years of silence.”

How Kobe Bryant Made it to the Top

Kobe Bryant is one of the most successful basketball players of all–time.

In 2012, Bryant was selected as a member of Team USA. During this time, one of the athletic trainer’s for Team USA, a man named Robert, was working with Kobe to prepare for the Olympics. In the story below, Robert describes his first experience with Kobe and reveals one of the reasons the superstar has become so successful.:

I was invited to Las Vegas to help Team USA with their conditioning before they headed off to London. I’ve had the opportunity to work with Carmelo Anthony and Dwyane Wade in the past, but this would be my first interaction with Kobe.

The night before the first training, I had just watched “Casablanca” for the first time and it was about 3:30 AM.

A few minutes later, I was in bed, slowly fading away, when I heard my cell ring. It was Kobe. I nervously picked up.

“Hey, uhh, Rob, I hope I’m not disturbing anything right?”

“Just wondering if you could help me out with some conditioning work, that’s all.”

“Yeah sure, I’ll see you in the facility in a bit.”

It took me about twenty minutes to get my gear and get out of the hotel. When I arrived and opened the room to the main practice floor, I saw Kobe. Alone. He was drenched in sweat as if he had just taken a swim. It wasn’t even 5:00 AM.

I woke up feeling sleepy, drowsy, and pretty much every side effect of sleep deprivation. (Thanks, Kobe.) I had a bagel and headed to the practice facility.

This next part I remember very vividly. All of the Team USA players were there. On the right side of the practice facility Kobe was by himself shooting jumpers.

I went over to him, patted him on the back and said, “Good work this morning.”

“Oh. Yeah, thanks Rob. I really appreciate it.”

“So when did you finish?”

“Getting your shots up. What time did you leave the facility?”

For those of you keeping track at home, Kobe Bryant started his conditioning work around 4:30am, continued to run and sprint until 6am, lifted weights from 6am to 7am, and finally proceeded to make 800 jump shots between 7am and 11am.

Oh yeah, and then Team USA had practice.

It’s obvious that Kobe is getting his 10,000 hours in, but there is another part of his story that is even more important.

The Importance of Deliberate Practice

Kobe isn’t merely showing up and practicing a lot. He is practicing with purpose.

When most people talk about working hard, they use the amount of time they worked as an

Putting in a lot of time might make you tired, but simply working a lot (even if it’s 10,000 hours over the course of your career) isn’t enough to make you a top performer. It’s not the same thing as practicing deliberately. Most people who think they are working hard are merely developing the skill of being in the gym, not the skill of making baskets.

Applying This to Your Life

Mozart has been called the “genius of geniuses” and even he toiled away for 10 years before producing popular work. I don’t know about you, but I find this inspiring.

Are you working toward your 10 years of silence today? Are you deliberately focused on developing your skills? Or are you simply “putting in your time” and hoping for the best?

1. Success wasn’t simply a product of 10 years of practice

2. The central question that drove his work was,

3. was deliberately focused on developing

5. just one hour of focus and deliberate practice

The article is from: https://jamesclear.com/deliberate-practice