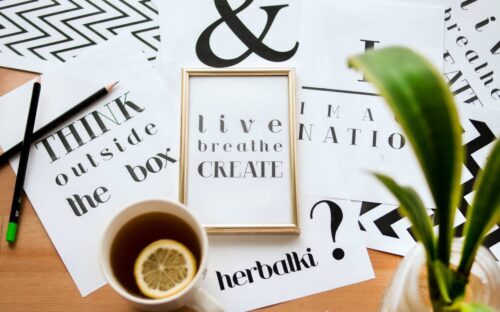 In 1666, one of the most influential scientists in history was 1)______________ when he was struck with a flash of creative brilliance that would change the world.

And thus, the concept of gravity was born.

What most people forget, however, is that Newton worked on his ideas about gravity for nearly twenty years until, in 1687, he published his groundbreaking book, The Principia: Mathematical Principles of Natural Philosophy. The falling apple was merely the beginning of a train of thought that continued 3) _____________________________.

Let’s look at the research to uncover an answer.

In the 1960s, a creative performance researcher named George Land conducted a study of 1,600 five-year-olds and 98 percent of the children scored in the “highly creative” range.

When the same children were 10-years-old, only 30 percent scored in the highly creative

range. This number dropped to 12 percent by age 15 and just 2 percent by age 25. As the children grew into adults they effectively had the creativity trained out of them. In the words of Dr. Land, “non-creative behavior is learned.”

This is not to say that creativity is 100 percent learned. Genetics do play a role.

You simply have to be smart (not a genius) and then work hard, practice deliberately.

Once the intelligence threshold is met, personality factors become more predictive for creativity.”

What exactly are these “personality factors” that researchers are referring to when it comes to boosting your creative thinking?

The basic idea is that when we use a fixed mindset we approach tasks as if our talents and abilities are fixed and unchanging. In a growth mindset, 6)_________________________, we believe that our abilities can be improved with effort and practice.

I think a huge part of promoting a growth mindset in the workplace is to convey those values of process, to give feedback, to reward people engaging in the process, and not just a successful outcome.” —Carol Dweck

How can we apply the growth mindset to creativity in practical terms? In my experience, it comes down to one thing: the willingness to look bad when pursuing an activity.

The list of mistakes that you can never recover from is very short. We know that our lives will not be destroyed if that book we write doesn’t sell or if we get turned down by a potential date or if we forget someone’s name when we introduce them. It’s not necessarily what comes after the event that worries us. It’s the possibility of looking stupid, feeling humiliated, or dealing with embarrassment along the way that prevents us from getting started at all.

In order to fully embrace the growth mindset and enhance your creativity, you need to be willing to take action in the face of these feelings which so often deter us.

How to Be More Creative

Assuming that you are willing to do the hard work of facing your inner fears and working through failure, here are a few practical strategies for becoming more creative.

Constrain yourself. Carefully designed constraints are one of your best tools for creative thinking. Dr. Seuss wrote his most famous book when he limited himself to 50 words. Soccer players develop more elaborate skill sets when they play on a smaller field. 8) ____________________________.

Write more. For nearly three years, I published a new article every Monday and every Thursday. The longer I stuck with this schedule, the more I realized that I had to write about a dozen average ideas before I uncovered a brilliant one.

Broaden your knowledge. One of my most successful creative strategies is to force myself to write about seemingly different topics and ideas.

Sleep longer. Sleep debt is cumulative and if you get 6 hours of sleep per night for two weeks straight, your mental and physical performance declines to the same level as if you had stayed awake for 48 hours straight.

Enjoy sunshine and nature. One study tested 56 backpackers with a variety of creative thinking questions before and after a 4-day backpacking trip. The researchers found that by the end of the trip the backpackers had increased their creativity by 50 percent. Spending time in nature and increasing your exposure to sunlight can lead to higher levels of creativity.

Ship it. The honest truth is that creativity is just hard work. Commit to the process and create on a schedule. The only way creativity becomes a reality is by shipping.

1. strolling through a garden

2. more on the process than the outcome.

5. that we develop through practice

6. Sir Isaac Newton saw an apple fall to the ground

7. we tend to think more broadly when we are happy

8. is born with some level of creative skill

9. The more we limit ourselves, the more resourceful we become.

For more exercises to this text and the KEY download a FREE PDF!

Creativity is a Process, Not an Event! by James Clear- PDF

The article is taken from:

The examples of sentences and the definitions in the exercises were taken from:

Lessons on Success and Deliberate Practice / B2 + PDF